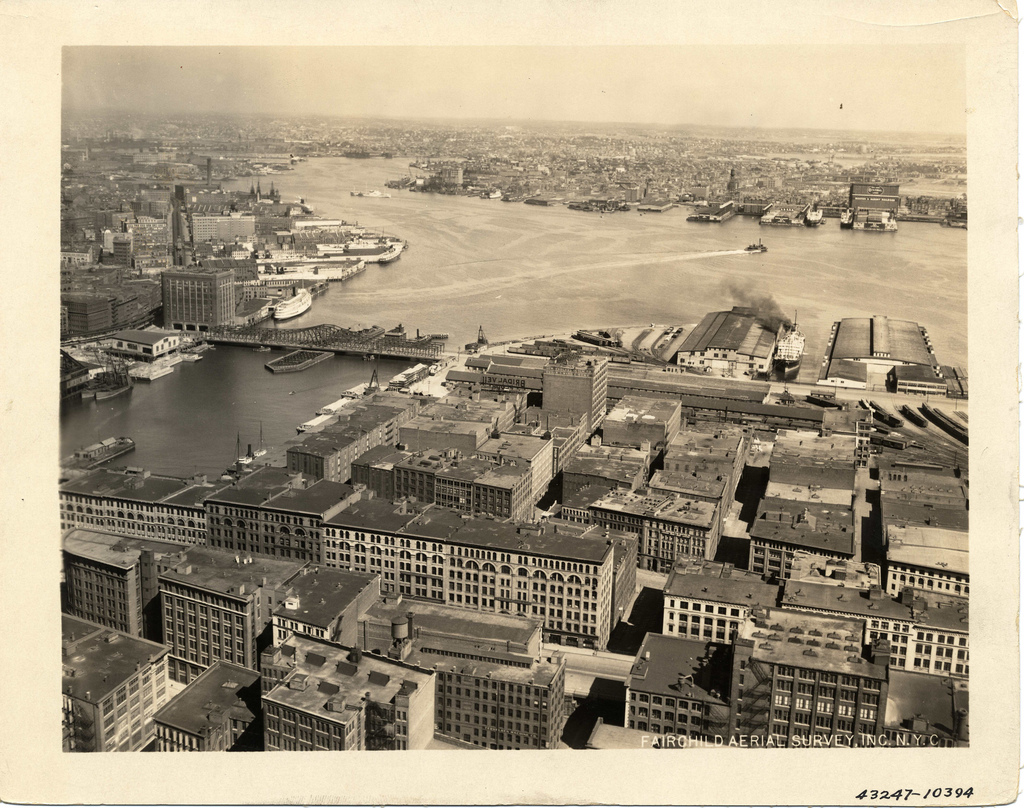 As Boston’s waterfront is redeveloped, the strollers and cyclists all but obscure the century of industrial history that once characterized the Seaport. Fan Pier Park puts the dynamic setting of Boston Harbor – its historical metamorphosis and its daily tidal changes – at the center of the landscape.

Fan Pier Park’s central feature, the “Tidal Well” has been constructed within the historic footprint of the boat slip that once served Pier 1 and Pier 2. Though the original boat slip was filled in decades ago, the Tidal Well’s rough-hewn granite walls evoke the 1870s seawall that still defines much of the waterfront edge. The stepped levels of the Tidal Well also put Boston Harbor’s dramatic tidal change on display.

In a matter of hours, the tides rise and fall, measured against the stepped walls of the Tidal Well [Photo: Matt Griffing/Richard Burck Associates]

The Tidal Well’s granite tiers, set at two foot increments, allow visitors to observe the ten-feet of tidal change occurring throughout the day. Inverting the shoreline into the Park, a waterfall fountain cascades pumped seawater down the stepped walls allowing users to look at the harbor edge in a new way. RBA designed a broad bridge to carry Harborwalk across the Tidal Well. While the Bridge provides critical pedestrian and cyclist connectivity, it is also used as a key viewing platform. Open, wide-spanned bench seats and railings maximize open viewing out over Boston Harbor and into the Tidal Well. Constructed of steel and hardwood, the Bridge’s railing and bench appear transparent and airy. The bridge furnishings are composed of thin lines of marine stainless steel and hardwood juxtaposed against the stone heaviness of the historic harbor edge. This elegant language of metal and wood affords uninterrupted views of the harbor for people sitting on the bridge and also has the added benefit of allowing the free-flow of water during coastal flooding events. Iterations of this detail vocabulary unify the larger Fan Pier District, adding contemporary maritime forms to the material palimpsest of Boston Harbor. RBA designed a continuous bench along the bridge edge where it meets the Tidal Well. The bench seat stands as an open invitation to Harborwalk passers-by to pause and sit conventionally, overlooking the Harbor. The carefully dimensioned gap between the seat and the lumbar support, however, allows for reversible use. The design of the lumbar support allows visitors to view both the Tidal Well and the Harbor [Photo: Matt Griffing/Richard Burck Associates]

The gap between the bench seat and the lumbar support allows visitors to sit reversed and face the Tidal Well and Fan Pier Boulevard beyond. The wood-topped lumbar becomes a leaning rail for elbows as well as a small counter for books, phones, or coffee cups. Though RBA was uncertain whether visitors would catch on to this “backwards” seating possibility, it is now commonly used in both directions.